"Quince Imaging is impressive because the heart of our company is service. As a veteran, I’m proud to represent this team and dedicate my time, energy, and focus to setting ourselves apart from the competition. We are here to serve; and we also deliver. Our clients are our top priority, and we continue to show up for them through thick and thin, and against all odds."

Q: Exceeding expectations is a hallmark of our mission here at Quince. We’ve gone above and beyond, and that’s the direct result of our talent. Your energy and focus have been paramount to the success of our team over the past two years, in particular. Can you elaborate on your past and what experience led you here?

A: I got my start in the late 90s for a local artist, working on The Enchanted Highway was one of our biggest projects. We worked with scrap medal, but we were able to mold and design these pieces into art forms. I used an astatine torch and a MIG welder was able to shape shift, mold and design. We made art from scraps; but we had a thirst for grandeur. One is in the Guinness Book of Records as the “Geese in Flight” metal sculpture.

After that, I enlisted in the Army National Guard and served for 8 years as a combat engineer. I was honorably discharged in 2008, and graduated from college, where I earned my B.S. in theatre.

I took my first job as Director of Technical Theatre at Independence Community College, where I oversaw production of 4-5 shows per year. At the end of the day, despite being a challenging time for the country, it was incredibly rewarding, and I wouldn’t change it for the world. From there, I went on to graduate school, at The University of Texas, where I graduated in 2013, earning my MFA in Lighting Design, and Integrated Media. I left as a more confident artist. I may not be the most creative one in the room, but I’m great at being able to pick up with the technicians and communicate the designer’s intent. I consider myself an artisan, translating the designers’ vision into the nuts and bolts to make it happen.

After that, I went on to work at University of Northern Colorado, as the Technical Director, leading the scenic build for a robust production season of 13 productions year-round. My time here, and why it was different, was coming out of grad school, I had much more confidence as a leader in my profession.

"Not only is Ryan a fantastic programmer and engineer, but he’s an excellent leader. He elevates every project he touches, but even more so, he elevates the team around him." 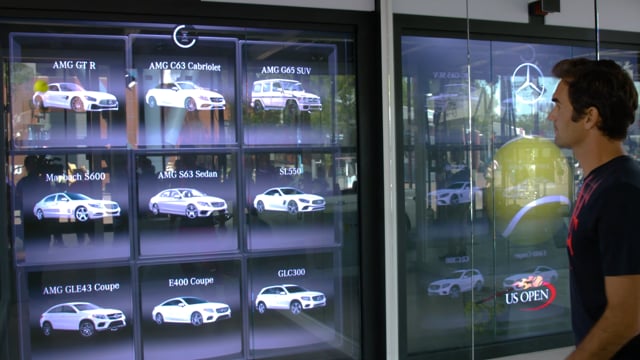 Q: Tell us about some of your favorite Quince Imaging projects, and how you were able to lend your expertise.

A: The U.S. Open Mercedes Benz Game Activation was interesting because it involved so many moving pieces. The boxes where people need to stand, changing where the tennis ball hits, etc. It was a really impressive systems integration one-off event with real audience engagement. We were able to use specialized technology to determine the location of the ball was when it hit the wall and used media server to translate the information. The U.S. Open was really rewarding because I was able to take my knowledge of the physical world and present it graphically. I got to be both physical designer and behind-the-scenes magician, and I got to learn more about Ventuz media server programming, which is a huge contributing factor to the success I’ve had in my role.

Next, I’m really proud of the 2017 AFL-CIO convention. This was the first big widescreen convention show where I served as the primary media server director. Huge open ceremony, live twitter feed, social media integration; the resolution of these outputs was huge. I was able to elevate my Ventuz skills with this project. Getting to communicate with the programmers, and coders was really helpful. 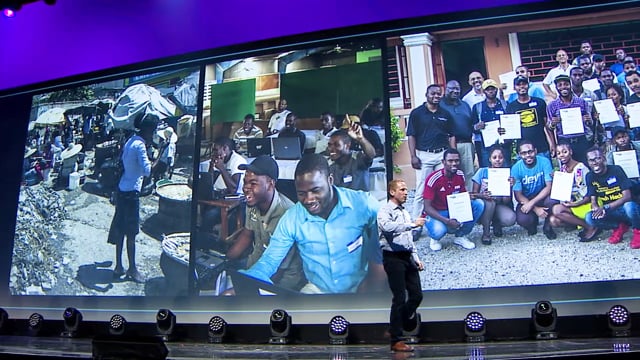 2U was another exceptional event. There’s a great backstory as well. At the 2017 convention, Quince Imaging was originally brought in just for video, but wound up being hired as the primary producer of the show for the next two years in New Orleans and Vegas. This was significant in my role as technical director and designer, because I was able to leverage my background in theatre to design lights, scenic, and video, to deliver designs the client truly loved. It was a thoroughly rewarding experience. Sharing the visuals from post-event was a proud moment, because their set looked so impressive. 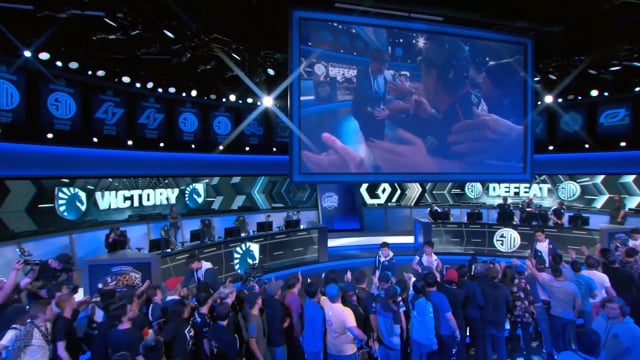 "Ryan has been killing it with Riot Games. He’s showing advanced skills in C# programming and in VENTUZ, and has always been great in training others to pass along his skills.
"

Next, Riot Games. We are their Ventuz gurus. We started out with their League of Legends Championship series, and now we work with them globally. We’ve worked with the Korean and European Leagues, and their international tournaments in Taipei, Shanghai, Paris, and Reykjavik. We went to Korea for normal season back in 2020. So, we’ve really been able to secure an amazing relationship with Riot Games worldwide due to our Ventuz and programming skills. We continually find ways to add value to what we do, and integrate ourselves into their workflow. My personal thirst for being the best at programming has driven me to design a solution that allows me to pull all that live game data about players, kills, objectives via an API, writing a comprehensive program that translates it into a way Ventuz can understand. Being able to use that data to any end and allowing the screen and AR graphics to follow in real time what is happening in the game is a huge value add. Other companies fail in their attention to detail in these events because they just don’t get all the moving parts and pieces and how it all needs to come together for the live audience and the broadcast. That’s where we are able to step in and facilitate that experience for the audience wherever they are. 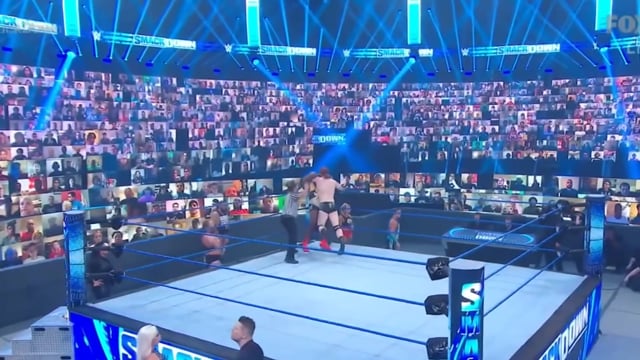 Finally, virtual fan engagement and audience experience have provided opportunities to hone my expertise and attention to detail in programming. This is an entirely virtual avenue. The imaging is only displayed to the broadcast audience viewing from home, which requires efficient programming. We have been collaborating with industry partners to translate these visuals into viewable constructs for our clients in arenas and other venues. Fan Mosaic and virtual fans would never have happened without the bespoke C# applications and custom tools that I developed for our media servers. I’m grateful I’ve had the opportunity to contribute to these new and unprecedented industry offerings.

Q: Finally, can you share a little bit about how you spend your time when you’re not at Quince?

A: Absolutely. When I’m not at Quince, you can find me either distance running, or spending time with my son. 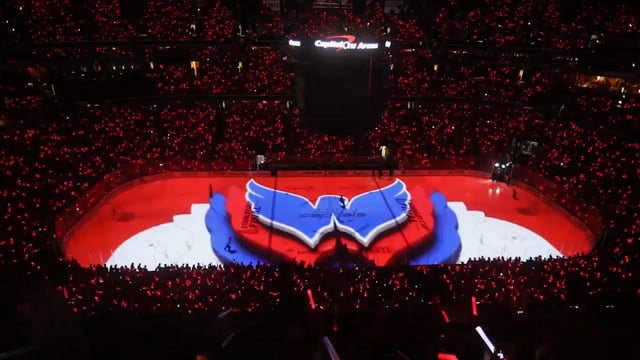 Contact us to Learn More about Sports Installation Projects!